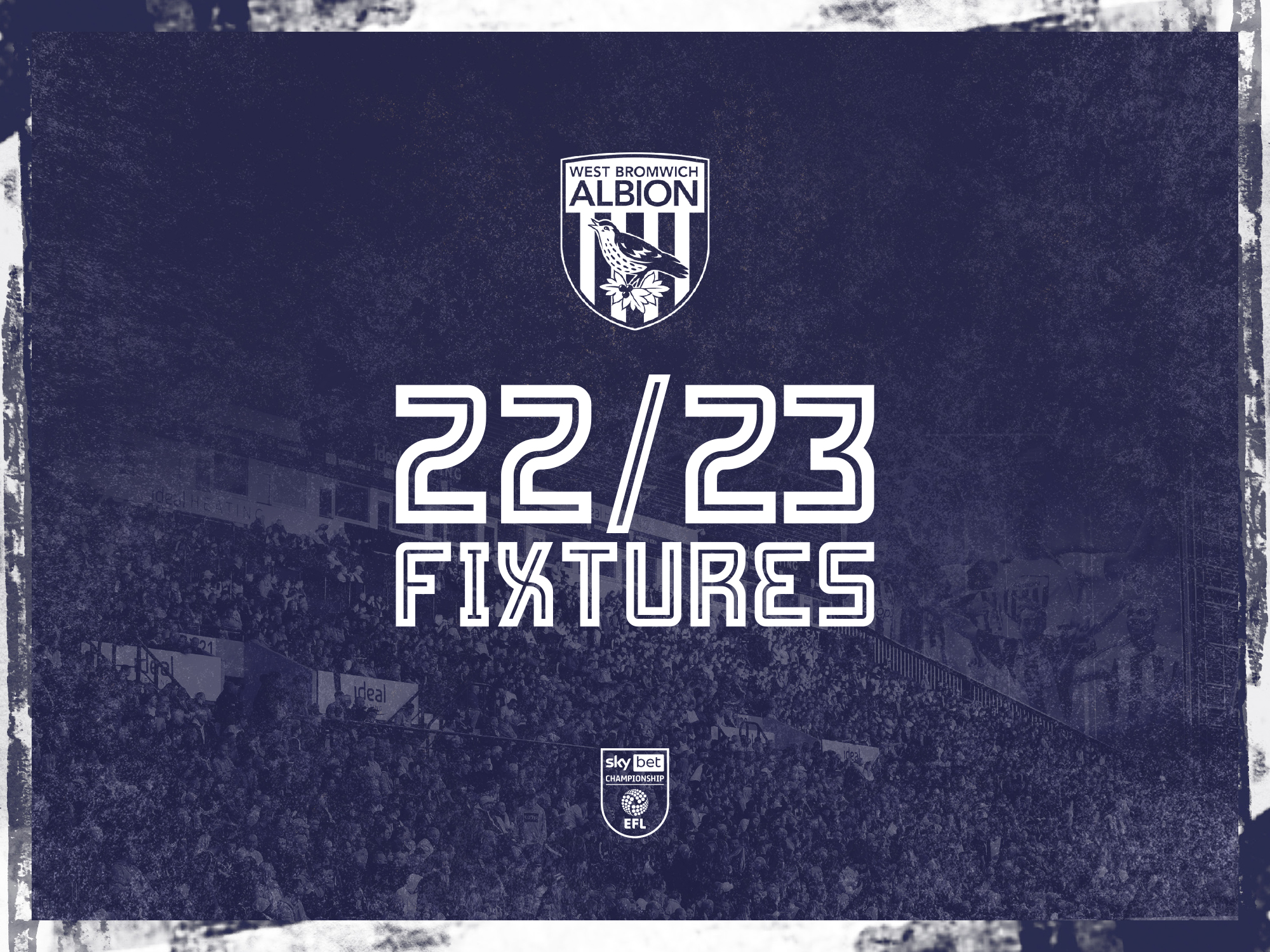 Albion’s 2022/23 Sky Bet Championship fixture list has been confirmed by the EFL.

The Baggies will begin the new campaign with a televised trip to Middlesbrough on Saturday, July 30 (ko 5.30pm), before taking on Watford at home on the weekend of Saturday, August 6.

The Hornets fixture will be rescheduled following the Carabao Cup first round draw later today, owing to a clash with the Birmingham 2022 Commonwealth Games.

The Baggies welcome local rivals Birmingham City to The Hawthorns on Wednesday, September 14 and make the return trip to St. Andrew’s on Saturday, February 11.

Albion host Stoke City on Saturday, November 12 in the final game prior to a four-week interval for the FIFA World Cup, with the season resuming at Sunderland on Saturday, December 10.

Albion will travel to Bristol City on Boxing Day before hosting Preston North End on Thursday, December 29 and Reading on New Year’s Day.

The Baggies will conclude the season at Swansea City on Saturday, May 6.

*To be rescheduled owing to Birmingham 2022 Commonwealth Games.

All fixtures are subject to change.